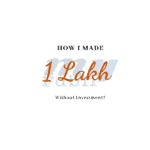 Everyone wants to earn online money from genuine sources but it is quite a difficult thing to find out the best and easy way to earn. From the last 6 months, I have been working on this app and earned more than 1 lakhs without investing any single penny, But there can be some times when minor investments are required.

Here are a few things to be clarified.

I am very well aware of many bitter experiences of the Myfab11 app users in the past few months. And that’s the area where the management has to brush up themselves to gain the trust and to stay longer in the sports fantasy market.

So Myfab11 was started in 2018, having a similar concept of Playerzpot fantasy app, which was very popular back then. I got a few signups from my blog, which helped me in joining the leagues with the use of 100% bonus in almost all leagues. But good things do not last long. They changed the referral system, and there was a boundation that only a 5-15% bonus could be used in joining of leagues.

That was the big letdown for the app. Then in 2019, a new concept of the flat commission was introduced, which again gained popularity in August. Now many users are earning approx 50,000/Day Yes 50k Per day.

Myfab11 is a sports fantasy platform, just like Dream11. You must have seen Khelo Dimag se ads of Dhoni, Sehwag, Saurav Ganguly promoting on many sports channels. So myfab11 is a similar platform where you can play and earn lakhs in a very few days, even without investments.

Apps like Dream11, Playerzpot, Myfab11 falls under the sports fantasy apps category, which allows you to create your virtual team by merging the team players of playing team.

Suppose If there is a cricket match between India and Australia, Then you have to pick 11 players from both the teams in a 7:4 or 6:5. You can select a maximum of 7 players from one team.

You cannot add any league or edit your team after the deadline. Usually, the deadline ends before the toss or at the time of official match start time. In Myfab11, You can edit your teams after the toss, which gives you a clear idea of the players playing the match.

You can enjoy various sports Like (Cricket, Football, Kabaddi, Basketball, and Hockey). Almost all the official matches are covered but since the Corona epidemic, even very domestic matches are also included to maintain the regular income of the users as most of the users are totally dependent on Sports Fantasy Platforms for the earnings.

Myfab11 is not the perfect sports fantasy app, but its unique referral system makes it the most preferred sports fantasy app to earn an unlimited amount of money without investments. There are many issues with the app, but still, it’s great and offers better features than any other popular sports fantasy site, and i have no problems with the KYC and withdrawals.

New users have to follow some guidelines to update their KYC and bank details successfully. But before that, If you must register on Myfab11 App to start your passive earnings.

Get 50Rs signup bonus, which is 100% usable in some leagues.